Here is a new version of the optimized S12 channel mixer.
Optimization was not the best idea and eventhough it saves a lot of dsp, it brought its lot of issues.
In S12, inserts 2 and 3 were not restored in presets, and there were some messages about loading preset lists that were harmless but annoying.

This one was hard to complete but it is repaired and better than ever. Keep in mind that:
- It is a totally new version, like a new device, hence the new name (S12-2020 instead of "S12")
- Preset parameters had to be re-initialized and previous presets or projects won't map to this new device. New project/presets will work fine.
- No more nagging messages about preset lists not found.
- This version is more solid than the previous optimization, use this one instead of any other version !
- Beta testing passed succesfully. 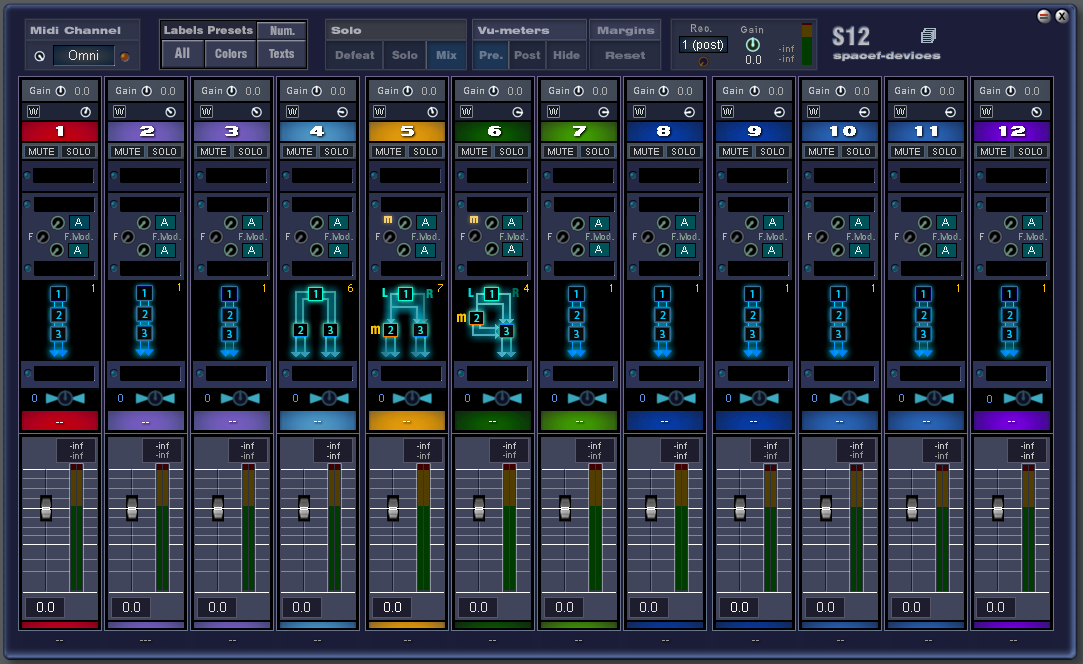