No cause of death has been announced yet for Eddie Van Halen but he had been recently suffering from throat cancer. His 1980's huge hit 'Jump' is one of my all-times favorite classics, i loved the synth lead in that song as well as the vocals of the lead singer at that time. Eddie also helped made Michael Jackson's 'Beat it' a smash hit with his umusual but powerfull guitar part.

RIP to both of them!
Top

Yeah 'Jump' is a hard one to beat ! Even Beat It didn't beat it.
Top

I remember driving around London's West End back in the 80's with Van Halen blasting out the stereo. Good times.

Runnin' with the Devil was one of my favs

Sounddesigner wrote: ↑Tue Oct 06, 2020 10:10 pm No cause of death has been announced yet for Eddie Van Halen but he had been recently suffering from throat cancer.

He first got cancer 20 years ago so it seems he put up a really good fight! Unfortunately that type of disease is very persistant sometimes. 65 years old is too young. He was part of a great era of music and he definitly made his mark!
Top

Here's hoping he was buried with the Frankenstrat by his side. 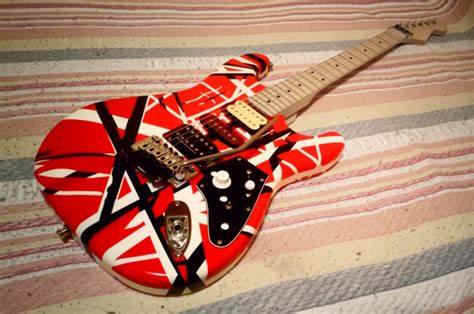 That would be Rock & Roll !
Top

That would be Rock & Roll !

Eddie was a classical trained piano player before he choosed the guitar for his 2nd instrument,- and he was a synth enthusiast as well.
The Van Halens were a very musical family where father was a musician already.
When they decided for emigrating from dutch to the US,- father payed the passage w/ entertainment performances on ship.
Alex was born in dutch already,- and in addition to drums, played sax as well.
They all have experienced other styles of music before success in hard rock genre appeared.

I borrowed this pic from KC ... Eddie on piano, Alex on sax. 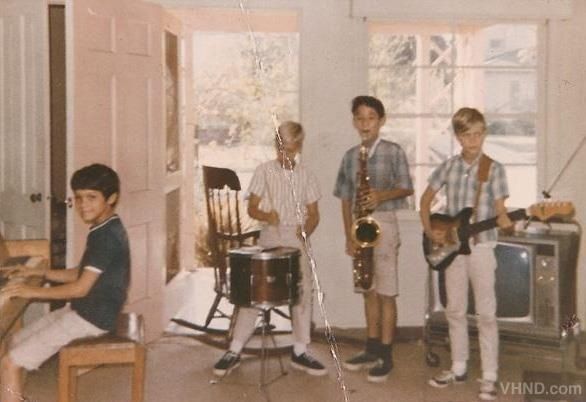 Great musician w/ lots of energy also business wise.
These guys, finally made over $13.000,-/min. w/ live performances,- up to 1.5mio bucks per show ... AMAZING !
I´d say they materialized kind of the american dream.
I liked the band from the beginning 2nd half of 70s !