racktion eNews - Waveform to the Power of Pi

racktion eNews - Waveform to the Power of Pi

This isn't intended to be an advertisement for them, just an interesting note on the current state of our industry. Sonar as freemium for Bandlab, and raspberry Pi's that cost less than the DAW that they can run: 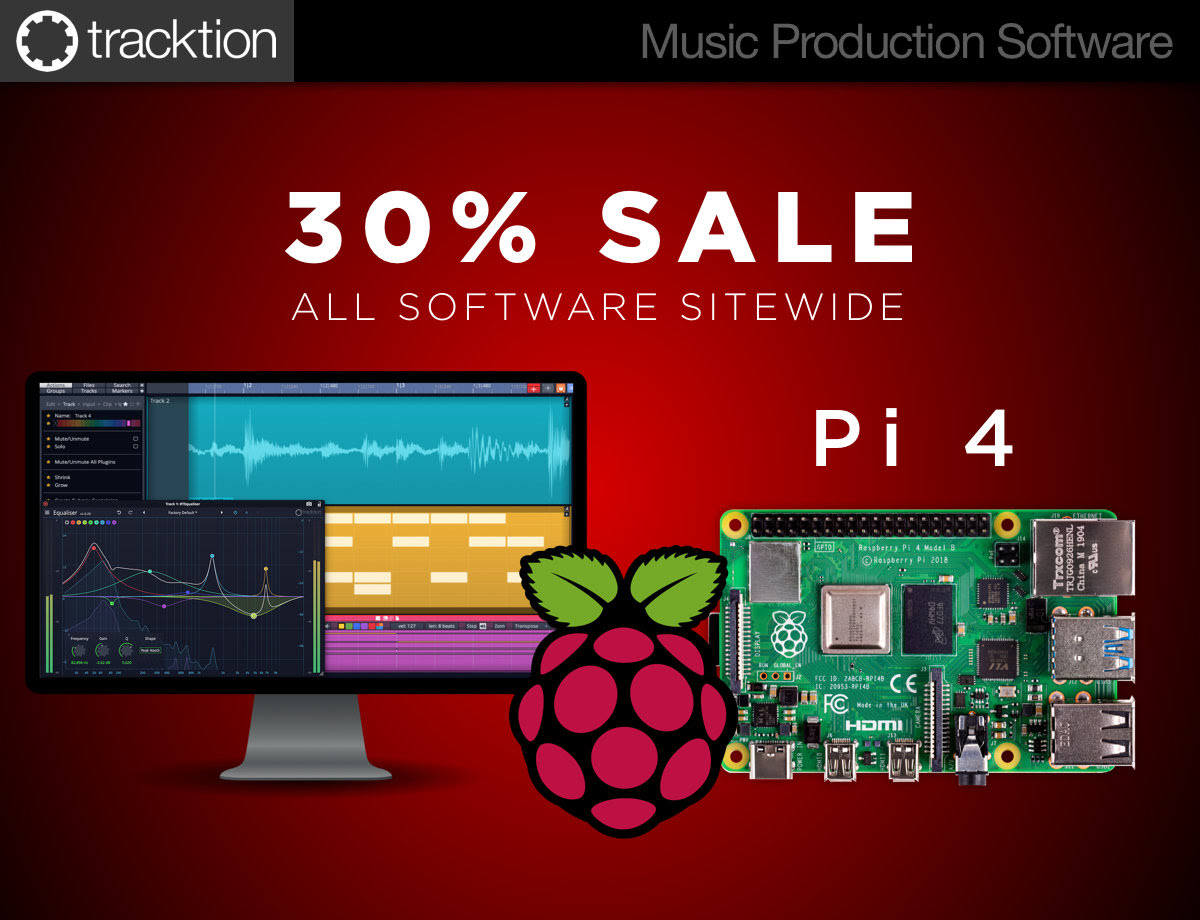 The Power of Waveform with Pi 4


Waveform running on Pi makes for an awesome compact editing rig. Raspberry Pi 4 is now shipping – it features a CPU almost 4 times faster than the model 3 CPU and up to 4 GB of RAM. We've released new versions of Waveform, Collective and DAW Essentials Collection that supports the Pi versions 2, 3, 3+ and 4. Also we now support the latest Raspberry Pi OS - Raspbian 10.


Savings for everyone! Now is the time to add some more plugins to your workflow.


Did you know Waveform 10 includes several instruments - 4OSC, Collective, Multi Sampler, and Drum Sampler to name a few. Be sure to check out what's new in Waveform and SAVE 30% off your upgrade price - starting from $69 $48.30.

Nice to know, but I already have a pi 3 Only for retrogamig and a PC with scope and RME card, only for music production . I guess this will Beat all others.

But nice to see what happens. This raspberry could be a good portable maybe? But there is iPad, with it's advantages in mobile music production (more for fun)....

out and about for music production. Are you still configguring your Studio

iPads are more costly, but no disagreements here really. Just amazed at how far we’ve come. My first computers were:
Tandy Color Computer 2, where my options for making sound were peel & poke operates in BASICA (bleep bloop in 8bit glory)
Commodore 64, not bad actually but the tools were still somewhat difficult to get results in any reasonable timeframe for my limited means
Compaq “luggable” 8086 with Roland MPU something-or-other which was Roland/GM compatible midi sound set
DEC 286 (forget the model), actually quite capable with the bevy of midi & turtle beach cards I assembled and wrangled with cakewalk DOS and ModTracker+Screamtracker. Unfortunately this was around the time I was interested in girls and high school social activities =]
386 & 486 migrated to Cakewalk Windows
Dual Pentium Pro which I was using more for 3DSMax & Softimage 3D under WinNT plus a MAC clone for Logic
————————

Meanwhile that Raspberry Pi and most iPads kick the pants off any of the above for all audio and graphics tasks!
Top

Recently aquired one of those PI thingies on flea market for a tenner, mostly because it had the same CPU as my iPad.
Thinking: maybe gets me into ARM coding... but then reading all the Linux (sorry) rubbish and almost lost interest.
But hardware costs are ridiculously low atm.
Top

Anybody working with Traktion? How does it compare to (anything else)? I've been using Ableton for the last 10 years, but it has very few features (comparatively) for editing and MIDI, and with a PI based unit, I can have a very portable system for jam sessions, or for the kids to play with.
Top

I don't think I'd replace Ableton Live on a decent machine with Tracktion on a Pi.

However once you get your head around the routing system, Tracktion is a doddle to work in, imho. The Pi aspect interested me because a fully featured license for this will cost more than the whole machine!
Top

I suspect now that Sonar is freemium for owners of Bandlabs other products that its development will either slow down or be reduced to minor new features only. Major new features take major work wich needs major money to fund it and give incentive to develop. I wanted a better CPU-Scaling Engine and better low-latency support aswell as Hybrid-buffers in Sonar but i think those things are major work so i doubt i'll ever see them in Sonar. So far every upgtade has been minor IMHO.

Sonar and Tracktion are the only two DAWS i own and ironically both are going down a path i don't like and did'nt expect. Money needs to be made if one wants great features.
Top
Post Reply
7 posts • Page 1 of 1