Tips and advice for getting the most from Scope. No questions here please.

I have no idea about joomla as pdf download, it would make sense that giving a printable view would help users save as whatever format they want (usually that means opening a page with full single page view and all ads/modules/etc hidden, and a print dialogue button). I'll look into that..

I like your outline for the SDK area, you'll note that what I have done so far on the frontend is just add a module with some offsite links. I'll get started on blocking out nav & creating some article stubs for you guys to fill out. We will have to discuss the actual details of editing on the backend in the dev forum area and perhaps facebook chat for some realtime getting up to speed. Should I add you to the dev discussion w_ellis?
Top

Where is the dev discussion happening? I'm not on Facebook
Top

I found this on pdf creation from articles in joomla.
Phoca seems that it could do the trick.
https://forum.joomla.org/viewtopic.php?t=930964

The outline is a good start yes im up with that. I have a fair amount of joomla experience since joomla 1.0x so i can find my way in that and know of it's behaviour. So id be glad to be of some help with that.
- We're freaks about gearz and methods -
More on dNa: http://dnamusic.nl
Top

My web hosting provider deleted my accounts because of a billing issue, but I didn't get the emails to that effect, only the one saying the accounts were deleted. This means the SDK Wiki and scopesync.co.uk are offline for now.

I do have backups for both, but given that I've not had time to continue active development of ScopeSync in the last year or so and there has been very little engagement in the SDK Wiki, I'm inclined to leave them down for now.

Let me know if anyone wants access to content from either. The SDK wiki is MediaWiki and scopesync.co.uk is Wordpress

Similarly, the BCModular wiki is still in a bad state, after wikispaces closed down and I'm wasting money each month keeping this crappy version up: https://bcmodular.mywikis.net/wiki/Special:AllPages . Please shout if you're interested in taking this over (it's running on MediaWiki)

For now, I'm now in charge of all software engineering at SoundCloud, so I suspect the amount of time I have available isn't going increase any time soon, especially with 2 young kids

I’m willing to host whatever, but I think mediawiki runs like a dog on this box, or at least did in the past. Reach out to me. Maybe that’s good cause for a small round of donations to fund the transition.
Top

garyb, you do stuff here too! Appreciated

Ok, looks like we'll be migrating as much as possible. Hopefully Mediawiki runs better on my box than it did previously. Ie, while this was tried before this machine has been upgraded to a different box that hopefully isn't as disk bound as before.

What was happening before... when you first hit the url for a Mediawiki domain on my box it has to wait on waiting from disk, unlike the other websites which stay loaded in RAM. The swapfile is larger now, so while the disks sleep still the site may stay in virtual ram better, and the disks we have no I believe are an SSD raid.

In any case, most of the requests for donations in the past have come from 3rd parties who were suprisingly supportive in asking for them. This time I'll go out on a limb and ask directly: Migrating SDK Wiki & BCModular Wiki - Donation Drive

Thanks to anyone that contributes!
Top

According to our web lead Chrome v49...
Top

no, but this is important.
Top

vvvvv
and UC Eichhörnchen for html5 player on xp, where all other no more run...
UC_Browser
. 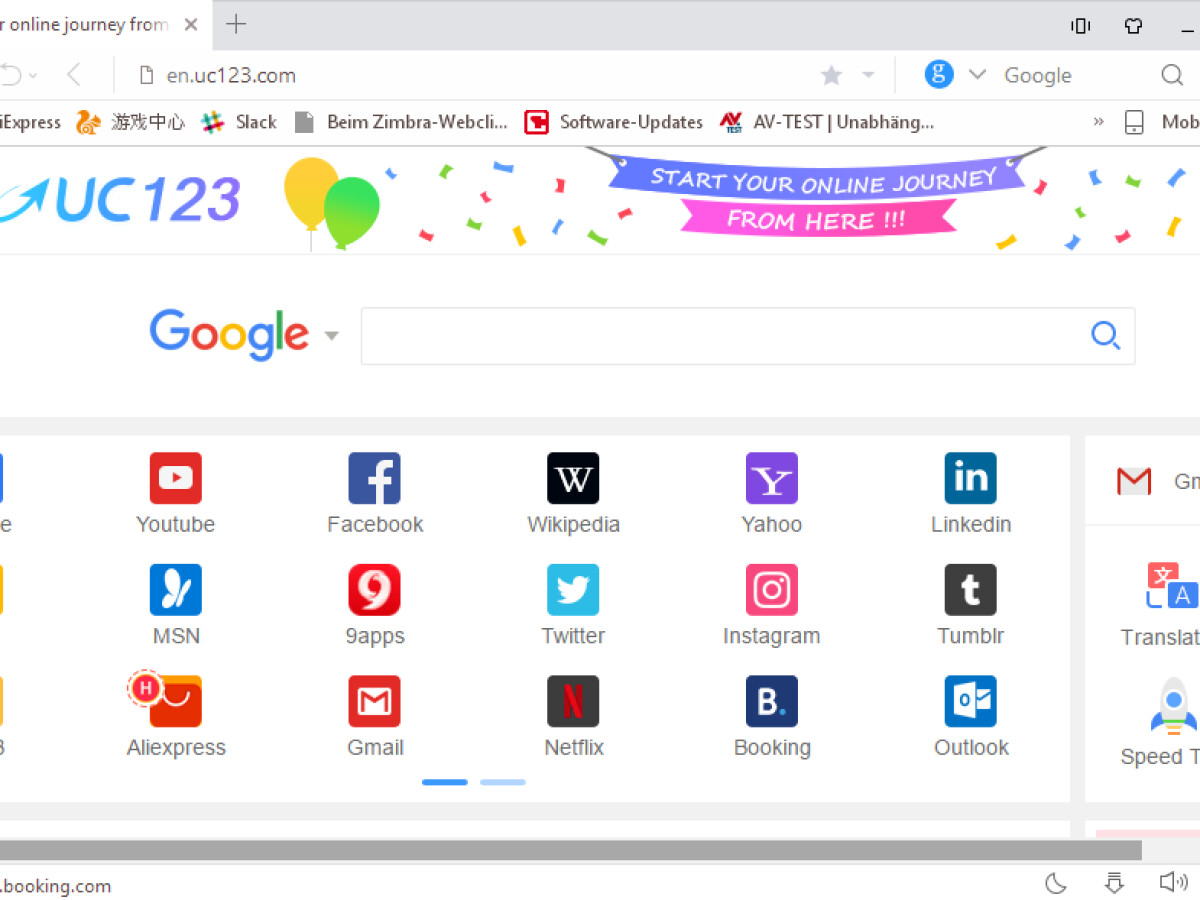 Fwiw, if you're keeping an XP era machine around for work (my Scope PC is XP32 still), surely a netbook or chromebook is within reach as well. I end up having to use Firefox ESR on my macs, as they're similar to scope in that they do audio, not much else. Plugin updates & maintenance are the main reason to even have browsers on those machines.

In any case, seems you're tech savvy & w_ellis says Chrome49 for soundcloud on WinXP

Thanks to those of you that have reached out via PM about helping to recover these sites. I've been totally swamped in the last little while, since I took over leading software engineering at SoundCloud at the start of the year. Last week I at last got around to digging out the backups, only to find that they hadn't been working. A lesson that never gets old

Anyway, at the moment, I think the BCModular wiki is the one most able to be recovered, since there's the version that someone else brought up, plus the MediaWiki version.

I think the SDK wiki is lost now, but honestly I don't believe anyone was getting much value from it. It just contained material that's available elsewhere, collected together. I'm sure someone else can do the same if the appetite is there.

ScopeSync is also a tough project for me, since I put a huge amount of time into it and I'm really not sure if it has enough value to keep investing (especially given how much time I have to dedicate to it). I think the most downloads I had of any given release was about 15 and even fewer actually did anything with it. I have enough experience to know that that means it's not useful enough to enough people. Perhaps I'll come back to it at some point, but not for now. As such, I'm not too worried that scopesync.co.uk is not up and running.

The OSC modules I built to support ScopeSync are documented here: https://github.com/bcmodular/scopeosc/wiki in case these are useful to people.

Thanks for all of the support,
Will
Top

Do you need anything from me w_ellis?
Top

No, thanks valis, I don't think there's anything to do right now.
Top

Sorry to hear. Thanks for the update.
Top

hey will,
always think positive,
and many many thanks for your long-term commitment!

i recommend preparing your hard work,
maybe we can revive the scopesync info page.
i use scopesync 0.42 a lot!
the automation is just GREAT, and so smooth and sensitive !!
however (only) on winXP systems, since it is optimized for Scope 100% dsp.
i just don't want to do without my huge sts library

(+volkszampler)
but more often i check scope with 64bit systems,
should everything run once on 64bit, then i configure up > v0.42
maybe that's why only a few scoper access scopesync > v0.42?!.

Scopesync is perhaps under discussed and not well understood by many users.

Also, I wonder if we can recover some lost wiki information from the wayback machine?
Top
Post Reply
74 posts