Happy christmas etc..........now that's out of the way I'd like some feedback on the following build and some problems - some have been overcome.

OK-I built the machine -installed Windows 7 32 bit as this is for Scope PCI / Xite-The initial install went well - and all the windows updates went really well, no problems at all or so I thought.

The motherboard is the MSI Z170A-M3 Gaming

At the end of the day I searched this on Google and found another user on ROG Asus forum who had the same problem a year ago and strongly suggested everybody's favorite OS provider had "nobbled" the 7700K on Windows 7 with the updates.

>>>>>>> I did a fresh install of Windows 7 and disabled updates immediately - then installed the drivers of the CD/DVD - then added one or two drivers from MSI update online (but did not need to do this).

The bottom line is the system is quicker but the HD630 graphics and Realtek audio are not present in the device manager - So I conclude that due to ZERO windows updates these devices are not available.

For Scope this isn't so important - as another sound card (Creative could be added if needed) - and a GPU can be added as I did.

Yes, just had another look over the basic install of this system - and without updates - with just the basic drivers installed the system works alot better from the brief use of it navigating around the screens.

Not too much of an issue with no IGP / Realtek Audio - (not supported)-maybe earlier version would be - BUT....with discreet GPU & basic Creative Audigy the system is a good start point for Scope / Xite 32 with full use of ALL SCOPE DEVICES - voila -----

What Scope H/W are you running / intend to run on it ?
Top

It'll be run on PCI cards and Xite -

I've got it worked out I think -

Windows updates caused big problems - an example is control panel / hardware & sound / sound - a navigation problem - with some windows not opening very quickly at all.

Also some APPS on the included DVD's did the same thing -

How many cores ?
Top

4 cores 8 threads - MSI Z170 A M3 GAMING - realtek audio / with nahimic (another company) who writes code for an app that links in with Realtek audio - and is NOT compatible with Windows 7 - so I didn't install driver on this - and instead used a basic ish Creative Sound Blaster RX which is very good for a basic card.

Gigabyte H170 D3HP has Realtek Audio but NO Nahimic - so an earlier version of Realtek audio and because of this 100% compatible with Windows 7.

Also doing a TEST bench build for this board right now

I can't try the Scope Xite / PCI cards with these boards yet but I'm putting the OS's on and checking the basic system drives are OK without any hitches and if there are hitches like with MSI Z170 I just don't install something.

The sides can be taken off as well as the TOP - like a convetible with the windows down !!! - sorry for that !!! 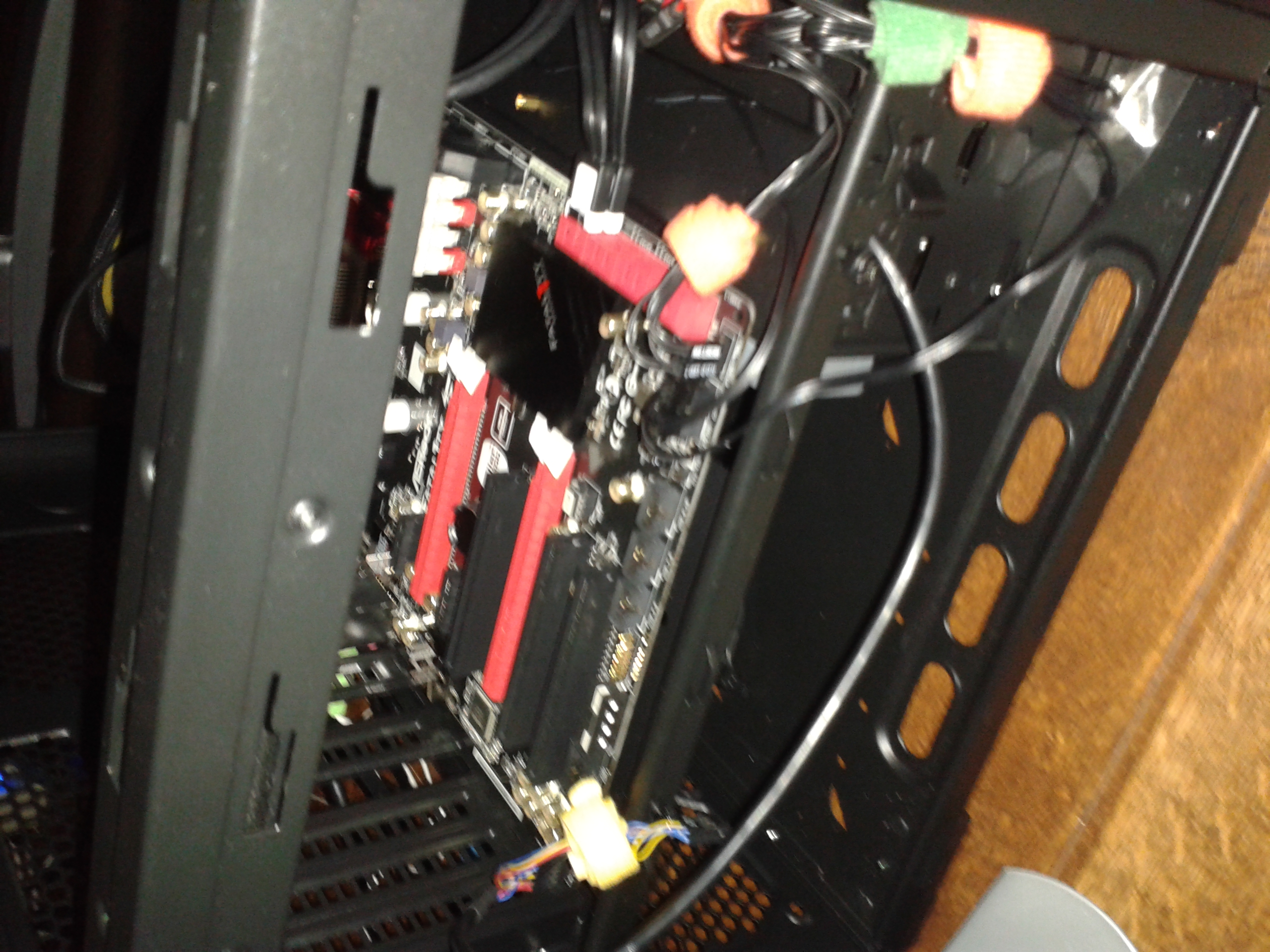 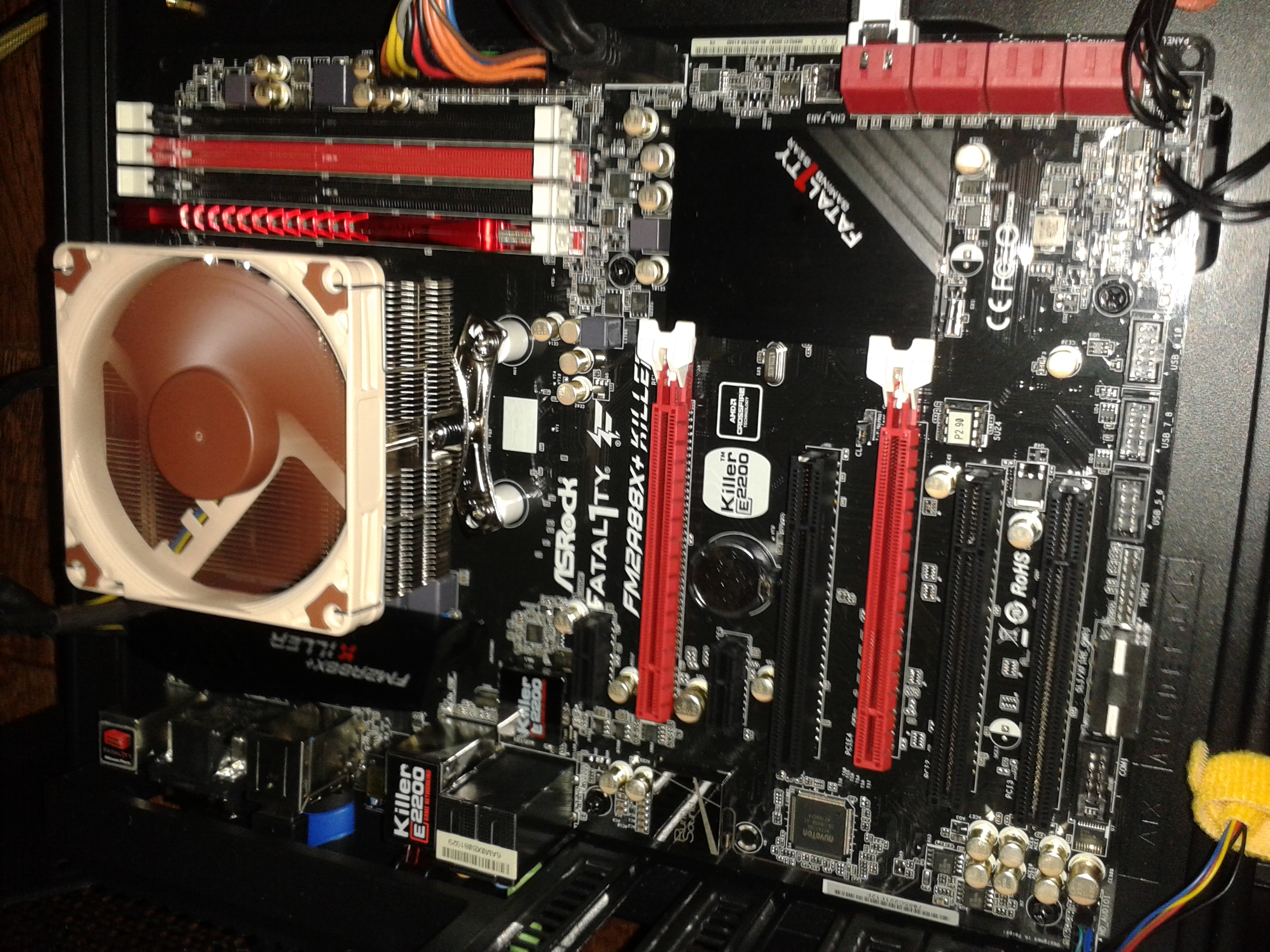 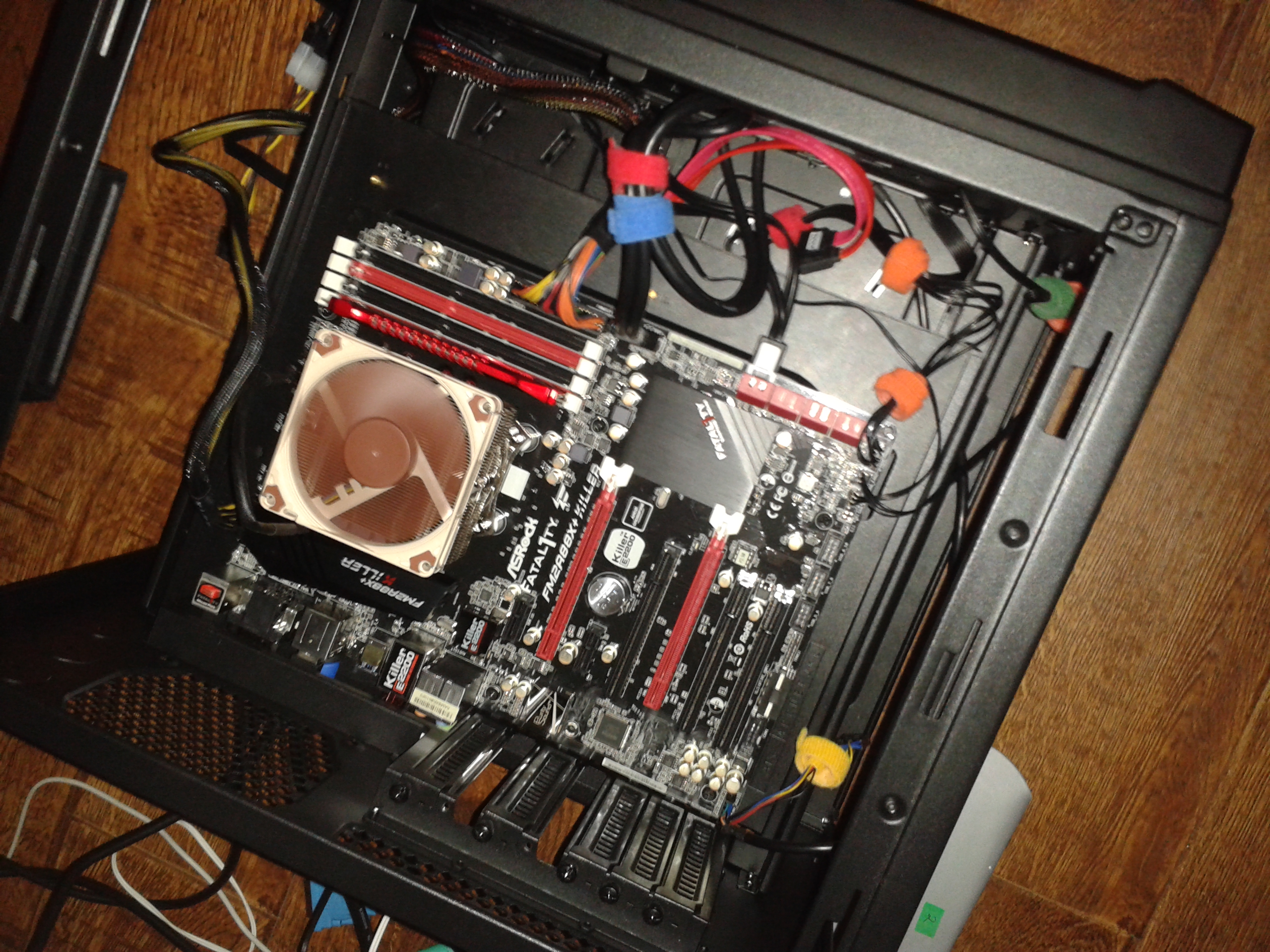 it's 4 cores with hyperthreading shut off. it takes a real core to calculate each thread, there is no magic. for ultra low latency/realtime audio, the extra threads just get in the way. the extra threads help with offline calculations like video or audio rendering, or cad/cam.

So not that powerful - like an i3 really - but how good it is for real time audio - only time will tell - but AMD isn't as good as Intel from reports of other users.

Oh Garyb by the way - I've done a Windows 10 build x64 for one of these boards as well and did some copy/paste of files and the USB 3.0 connection dropped out on the USB-SATA bridge drive - So from the PM I sent you the other day - It's safe to say it's a Windows 10 thing - this is a different board to the clone that went wrong -------

By comparison to other motherboards - this is low end budget - but is the top end of the AsRock FM2+ line so should be quite durable. The BIOS looked quite good as well for AsRock - Very similar to the Asus BIOS, not in look but the arrangement of the windows and navigation.

This is a test bench - so when this is done another one goes in !
Top

Hey Fraz I just bought this board this week and will building it in the new year. Please keep us posted on how you get on. I7 here I come.
Top

If you are using this board don't try to install Realtek audio & Nahimic on Windows 7 64 (they don't work) Nahimic is closely linked to Realtek and is a seperate app that ties in with Realtek audio and gives a basic metering of the signal playback (source!!!) - So for Windows 7 32 / 64 be careful.

I've not used the MSI Z170A Gaming m3 with Scope yet - Just a basic build where I think the system is OK - But it's only when it's used properly do you really know - MSI support the 7700 K with BIOS update version - but Microsoft do not - for example the 7700 K worked to install the OS straight away - meaning it had the correct BIOS already installed.


I’ve just bought the MSI board Fraz. I will get the power supply RAM, hard drivesetc within the next few months.

I would appreciate any tips for CPU’s and a good power supply. I hope it works with Scope .

There are lots of good PSU's - Cooler Master - Corsair - Thermal Take - Try to get a fully modular one - meaning the power cables dis-connect 100% from the PSU.