SC never made PCI cards. there were some sold by SC, but they were all made by Creamware.

there really aren't showstopping problems, but there are always things to be fixed.

open source would probably not help. dsp programming is far less common than C++. a half a million dollars would help a lot.
Top

What happened to his latest "Dino Park" ?

Surprised I haven’t heard more about this.

If only there was a hardware sampler w/ keyswitched horn sections, pianos, etc.

Hell I’ve got the Hammond module. With a DinoPark and actual competent sample playback I could save a lot of lugging.

Didn't you get the standalone maschine? Won't that do orchestral splits by using Kontakt libs?
Top

Surprised I haven’t heard more about this.

If only there was a hardware sampler w/ keyswitched horn sections, pianos, etc.

Hell I’ve got the Hammond module. With a DinoPark and actual competent sample playback I could save a lot of lugging.

the EX version more expensive than what I payed for my near mint NOAH EX incl. shipping,- but less powerful !

Play only 1 instrument/device at a time and much less insert/aux FX devices !
Possibly NO insert fx at all (I didn´t read all ..)
No Sixstring, no Vocodizer, no Interpole.

The only exclusive devices are the FMagia synth an the DnB module which I´d both don´t need.

But YES, a DSP based hardware sampler or at least sample player for "Kontakt" format libraries would be welcome,- but should play other formats too,- AKAI S3K, EMU II & III, SF2, SFZ, Giga-sampler/studio and WAV too !
Who has the time to do all the conversions ?
The machine itself should do batch conversions.

I'm curious dawman, since Maschine+ touts that it comes with Kontakt & Reaktor 'selection' I had presumed it would also support the full products if one owned them. With most of my NI hardware purchases I have gotten some form of a 'selection' or 'elements' release from a full product, and had assumed that was all that was going on here but the full Reaktor & Kontakt product list was at least supported by Maschine+ (at least NI libraries). Is this not the case?
Top

Reaktor chews up the chinczy CPU, and Faxi actually figured out a way to use Kontakt samples, but not full blown instruments.

I bailed on the Maschine+ as there was no external MIDI control, after a forum “expert” claimed so and it frustrated me like a Luna Card trying to run a big poly synth and STM2448.

But it does Beats and one shot samples with some FX pretty good.
It just didn’t work for me, and the same with the MPC Live.

A PC is just so much better, don’t know why I keep trying. It’s not even close…

Yea that makes sense, they're chasing the MPC crowd and going beyond that is probably wasted energy and a support headache with 85-90% of that userbase.
Top

Hey ! That´s perfect and enough for today´s interweb-artist´s demands, "compositions", track-productions and selfish vids.
Give up all gear breakin´ your back !
Ya only need a macbook air (w/ M1 or M2 near future), NI Komplete UCE, as much additional sample packs NI ever realeased and will release in future, NI Maschine, Komplete Kontrol A25 and w/ some luck, you might get the option subscribing to NI´s upcoming cloud based rental service and rent everything on monthly or annual basis.

And when the tiny 25 keys controller ist still too big ... this helps for sure,- 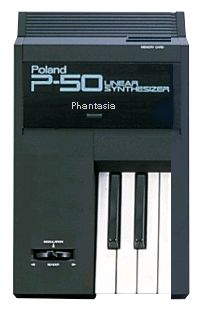 And, there´s not much talk about SCOPE v7 since along time anyway, except the always returning questions about release date of v7.1 and "why it isnt´t released up to now".

Boring,- because it works for the most of us using workarounds and waiting patient for that release,- just because we know, it WILL come.

It´s speculation, but because Apple works on M1 and M2 processor compatibility for other OSes too, I can imagine S|C follows w/ interest and might come up w/ a Mac compatible product,- possibly next year.
I dunno if this is called "Scope" though.

But it´s evident Linux already runs on the new Apple ARM processors and it won´t need too much time until Windows might run too.
Scope then might need only a few and processor architecture related adaptions then, similar to the native Mac applications previously running on Intel procs.

Now I hope, that wasn´t too much O.T. again.

sorry in advance if it was ...

dawman wrote: ↑Fri Jul 16, 2021 5:19 pm Reaktor chews up the chinczy CPU, and Faxi actually figured out a way to use Kontakt samples, but not full blown instruments.

“ I don't think you can load any NKI into Maschine+ as it stands, other than the instruments that NI has already ported over to the new system. We are waiting for NI to add this functionality.
My workaround (tedious) has been to import the samples into Maschine+ via the SD card and then build the instrument in the Sampler using Zones based on the original instrument. It works for not-very-complex instruments.”
Top

You can load NKI’s into a certain folder but no keyswitching.
So one shot FX, or even a few octaves of an ancient library called Plectrum were fine using that folder.

It‘s really a good start that NI released this, but it’s so limited with what you load.
I did much better using Scopes FX, but even then polyphony was limited, etc.

Well, I guess its built for EDM not rockin out.
Top
Post Reply
317 posts